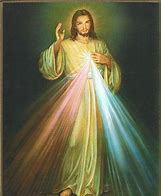 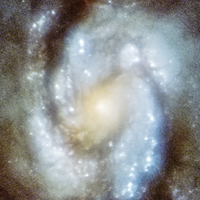 Here is a repeat of a blog I wrote in October of 2018. I will never forget this experience and hope that it helps your faith in some way. Praise God!!

For years now, I guess about 7 or 8, I have been wanting to talk about, tell, something that happened to me one night. I have only told family members about it since I’m not very good at standing up and talking in front of people or telling things to people. I guess I was afraid they wouldn’t believe me.

I have sleep apnea. I don’t know if you know what that is, but that’s where when you lay down on your back to sleep the muscles that hold up your soft palette at the back of your throat relax so much that the palette itself collapses downward and completely closes your airway. In other words, you stop breathing. It is dangerous and can kill you. I do not think I could sleep with one of the breathing machines they use so I sleep with the head of my bed raised and try to stay on my sides.

However, one night I went to sleep and somehow must have gotten off my side and into a position that was not safe. I woke up suddenly, fully awake and conscious, and was in a different place.

I remember feeling a slight tinge of fear but was mostly confused, thinking where am I?? All around me was nothing but deep blackness until suddenly I could see this spiral of beautiful, puffy white clouds spiraling off into the distance. I did not want to look at the far distant end of the spiral because I had this sudden knowledge that if I looked at it, there would be no going back. Somehow I just knew that. Don’t know how, but I just did, but I was not given a choice. I had to look at the end of the spiral, and so I did.

When I turned to look at it again, suddenly it felt like somebody had taken me and thrown me as hard as they could up against a brick wall. There was this really hard boom, and I was back inside my body. Totally awake but back inside of my body going “What just happened to me.”

I laid there for a few minutes, thinking about what I had just seen and experienced. I moved around a little trying to get my bearings back and then decided the only thing it could have been was for a few minutes or less, because it happened so quickly, so very quickly, is I think I died! It is the only explanation I can think of.

I believe for a very few brief seconds, I was allowed to see some of the glory of the Living God. The light was beautiful beyond words. I wish everyone could have seen it. Unlike anything I’ve ever seen before.

The only reason I wanted to tell this is I hope it will reassure everyone that there really is life after death, and that God is more beautiful than any of my weak human words could ever express.

I pray that the living God Himself will bless your day and your whole life and that you can get to know Him better. He really does love you profoundly, passionately and completely. God Bless You.